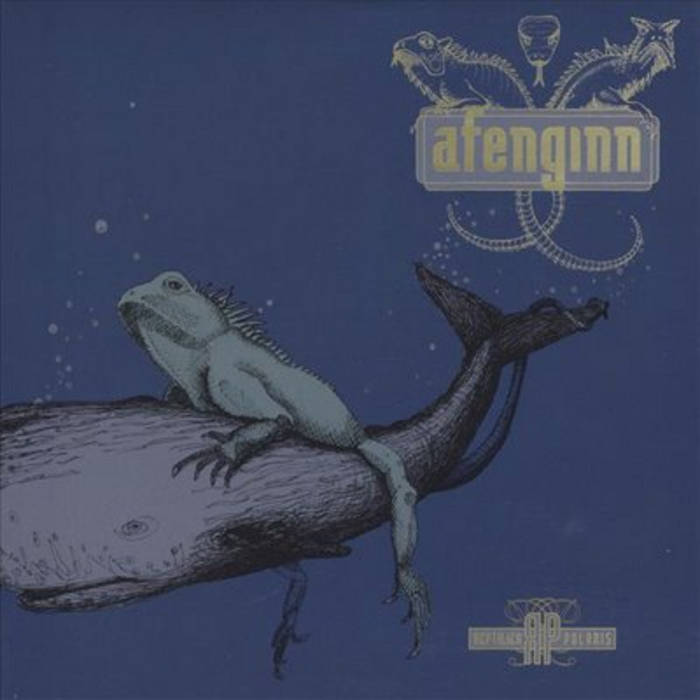 Carsten Pieper More "bastard ethno" from Denmark and again, they throw a whole bunch of styles into the mix, gypsy, klezmer, south-east-european, what have you.
For this one they were chosen "Contemporary Folk Artist 2009" at the Danish Folk Music Awards! This album comes with choir and brass section. Finale nicely sums things up ... Favorite track: Finale.

Our third album, Reptilica Polaris, is a big and very ambitious piece of work. The album is composed as one long piece, almost like a symphony in 11 parts. It is generously orchestrated with a 12-piece brass band, male choir, extra percussion, guitars, string etc.

The idea to make Reptilica Polaris span off from the "Bastard Kompleks"-suite on Akrobakkus and was composed during 2006-2007.

The lyrics are written by the Finnish poet Timo Haapaniemi and are built up as a homemade syntax error lingua of latin, english, greek, finnish, swedish, german words - some kind of "street latin" if you wish :) It is poetic and lyrical and has much meaning although it takes some decoding to get the most out of them.

We started rehearsing and recording almost simultaneously, which made the recording session a rather time-demanding affair. We began working on the album late 2007 as a quintet, recording basic tracks and building it up piece by piece.

As we couldn't afford having a male choir and brass orchestra in the studio all the time, we had to imagine those parts while recording our basic tracks. This was a rather challenging quest, but turned out to work great when we got a hold on it.

The recordings were ready in March 2008, and Reptilica Polaris is released by TUTL in June the same year. It was very well received and won us a Danish Music Award for "Best Contemporary Artist"

All music written by Kim Nyberg
Lyrics by Timo Haapaniemi

One of the leading voices of Scandinavian neo-folk, known for his ambitious orchestrated works. What defines this artist are his seemingly mercurial creative impulses, as each of the 6 full-length albums have been clear departures from the last. For the same reasons that Radiohead is sometimes labeled as prog, Afenginn can also be put into this camp for the way the emotional arc is designed ... more

Bandcamp Daily  your guide to the world of Bandcamp

MF DOOM is given his flowers, plus appearances from MC Jada Imani and Stanley Ipkuss